After Coronavirus disease China will lead the world

What is Coronavirus, COVID-19:

Coronaviruses are a large family of viruses that cause respiratory infections. These can range from the common cold to more serious diseases. COVID-19 is the disease caused by a new coronavirus. It was first reported in December 2019 in Wuhan City in China.

Symptoms of COVID-19 can range from mild illness to pneumonia. Some people will recover easily, and others may get very sick very quickly.

People with coronavirus may experience:

If you are concerned you may have COVID-19, use the symptom checker on healthdirect.

There is no treatment for COVID-19, but medical care can treat most of the symptoms. Antibiotics do not work on viruses. But Self-isolation.

After Coronavirus disease China will lead the world!

Is it really a game of china! From 100 years ago china has the dream to lead the globe. Researchers are studying the effects of China’s lockdowns to glean insights about controlling the viral pandemic. As the new coronavirus marches around the globe, countries with escalating outbreaks are eager to learn whether China’s extreme lockdowns were responsible for bringing the crisis there under control. Other nations are now following China’s lead and limiting movement within their borders, while dozens of countries have restricted international visitors.

Is Coronavirus made for business and money!

The coronavirus may have leaked from a lab as per Newyork post, But it could be made to capture the global markets. Is the world that much cruel for money! There is a powerful group of people out there, that are secretly running the world. I am the talking about the guys no one knows about the guys, that are invisible. The top 1% of the top 1% the guys, that play God without permission. This is a game of power, which related to dominating the world. Who knows what is true or false! But the truth is everything is related to power. May be more money, more business. Or after the issues of Coronavirus disease (COVID-19), China will release its anti-virus to recover the virus. And if it is the way to recover than very soon China will lead the world. And another hand the whole worlds need this anti-virus medicine. So China will make an agreement with all countries to supply medicines. With these issues, every countries business relation will be better than good with China, but not with others. 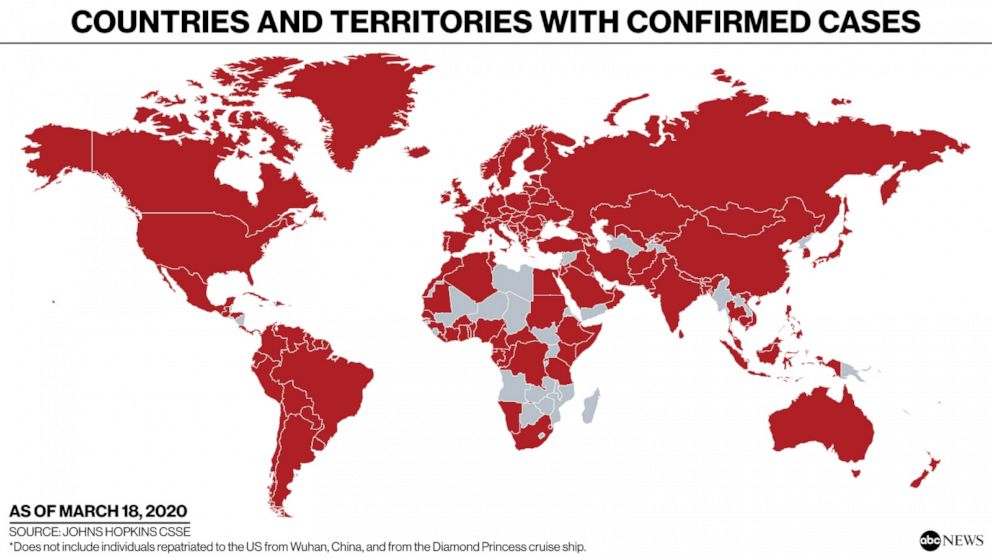 China’s Grand Plan To Take Over The World

When the US and ultimately the rest of the Western world began to engage China, resulting in China finally being allowed into the World Trade Organization in the early 2000s, no one really expected the outcomes we see today.

There is no simple disengagement path, given the scope of economic and legal entanglements. This isn’t a “trade” we can simply walk away from.

But it is also one that, if allowed to continue in its current form, could lead to a loss of personal freedom for Western civilization. It really is that much of an existential question.

Doing nothing isn’t an especially good option because, like it or not, the world is becoming something quite different than we expected just a few years ago—not just technologically, but geopolitically and socially.

Now china buying all top shares around the world with very good prices. But where is there money flow at this cruel Coronavirus moment? 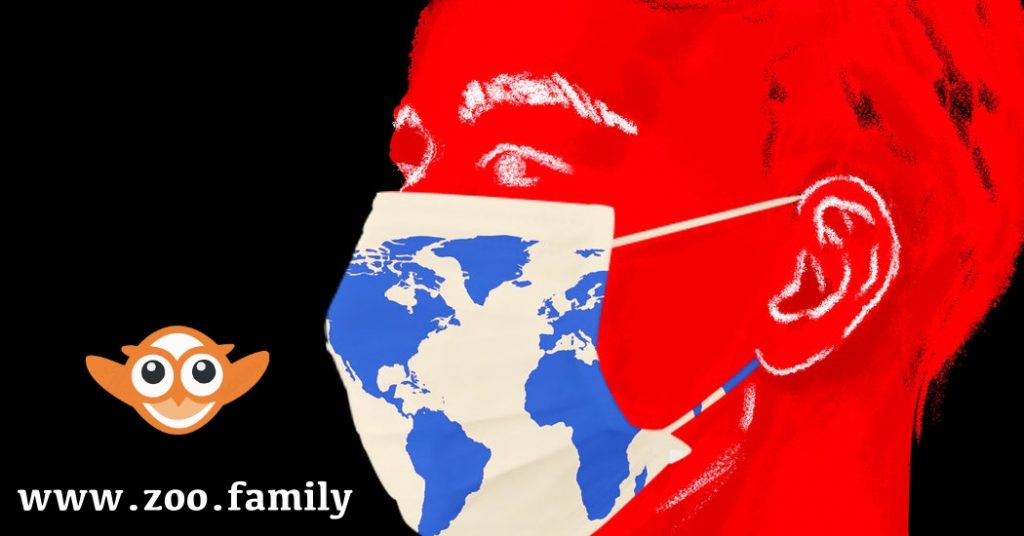 Why does the coronavirus spread so easily between people?

As of 16 March, roughly 81,000 cases have been reported in China, according to WHO. Some scientists think that many cases there were unreported — either because symptoms were not severe enough for people to seek medical care, or because tests were not carried out. But it seems clear that measures implemented during this time did work, says Christopher Dye, an epidemiologist at the University of Oxford, UK. “Even if there were 20 or 40 times more cases, which seems unlikely, the control measures worked,” says Dye.

Are COVID cases coming to an end in China?

New cases of COVID-19 have slowed dramatically in China, but some fear that once the country fully eases its control measures, the virus could start circulating again. There is probably a fierce debate going on. And we are small country Bangladesh, where we can only depend on Allaha! So this is a question of the full world, but we only can see the facts of next. Many people of Bangladesh beliefs its a curse of Gods, but the truth is we have to face the fact if its curse or without a curse. And we don’t know how it will end.

Have look on map Live Coronavirus

Nostradamus: Predictions of Things Past:

The writer Michel de Nostredame, better known as Nostradamus. He is widely known as a French physician, astrologer and prophet. Nostradamus remains famous for over four hundred years. After his death mostly for an 1555 book, he wrote titled “Centuries,” a collection of one thousand quatrains (four-line rhyming verses) which are said to foretell the future. He told about the futures and most famous quotes are:

Perhaps the most famous assertion made in the past 20 years was that Nostradamus predicted September 11, 2011, terrorist attacks. It’s a story that circulated widely in late 2001 and is still widely believed. One verse, in particular, went viral on the Internet:

“Two steel birds will fall from the sky on the Metropolis,

scattered flame leaps up Within months,

rivers will flow with blood The undead will roam the earth for little time.

” Could “steel birds” be interpreted as aeroplanes? Could New York City be the “Metropolis” that lies at about 40 degrees north latitude? Many people thought so; however, it was later revealed that this piece is a hybrid of real Nostradamus verse and fiction. Not only is it not in quatrain form, but the phrase “two steel birds” is particularly revealing, as steel suitable for aeroplanes wasn’t invented until 1854 — nearly 200 years after Nostradamus died. 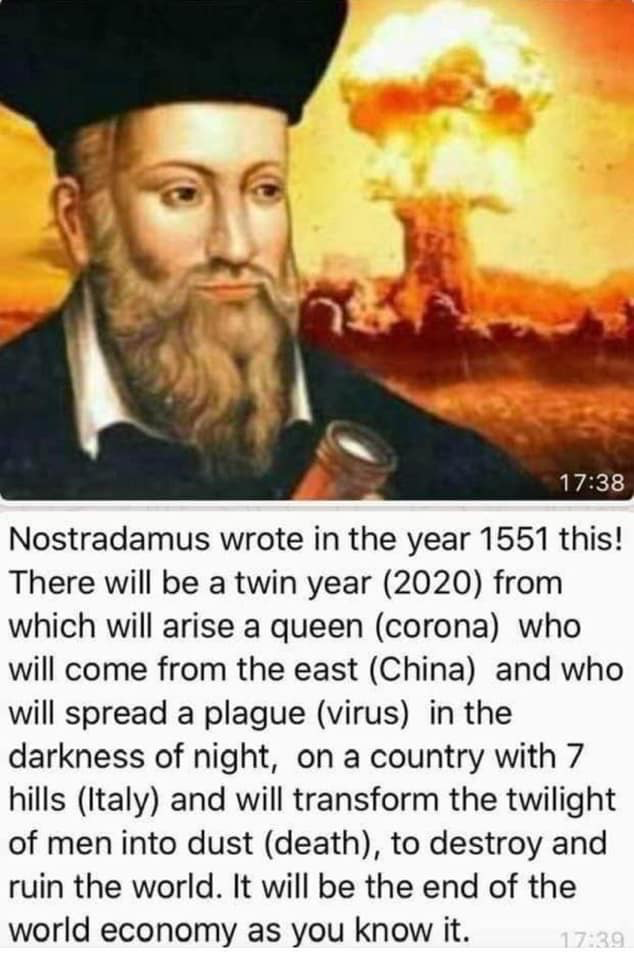 The pandemic was predicted by the 16th-century mystic Nostradamus, conspiracy theorists have claimed online.The majority of these predictions were published in Nostradamus’ 1555 book Les Propheties. The predictions took the form of cryptic, four-lined poems known as quatrains. One person said on Twitter: “Nostradamus predicted the #coronavirus and also Trump getting a ‘virus’.”Nobody has ever used Nostradamus’ writings to predict a future event, Brian Dunning, Skeptoid Podcast The person then shared one of Nostradamus’ quatrains, which supposedly forewarned of coronavirus.

“The great plague of the maritime city

“Will not cease until there be avenged the death

“Of the just blood, condemned for a price without crime,

“Of the great lady outraged by pretence.”

We are not a newspaper, We provide only pieces of information. To know more about us click on here.