Pakistan spin legend Saqlain Mushtaq has spoken about how Sourav Ganguly changed his opinion of how he was as a person over a 40-minute conversation.

Speaking on his YouTube channel, Saqlain said that cricket matches between India and Pakistan had always been fuelled by extra passion, which led to players from opposite sides often having a go at each other on the field.

“I was making a comeback after my surgery for Sussex and Sourav had come to watch that match. When Sussex were batting, Sourav had seen me from the balcony. I did not see him because our dressing room was facing the other direction, Ganguly then came to our dressing room and offered me a cup of coffee and enquired about my knees, life, family. Then we just started talking. He sat with me for 40 minutes and ended up winning my heart. ” Mushtaq said.

Mushtaq added that Ganguly’s behaviour on the field had convinced him that the Indian captain was an arrogant person who could never be a friendly person. However, that chat between the two of them led Mushtaq to respect Ganguly as a person “from his heart”.

Mushtaq went on to add that he is confident Ganguly will do a great job in his current role as BCCI President. 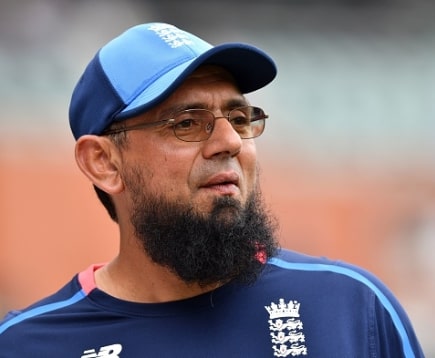