US secretary of state Mike Pompeo voiced hope Tuesday that North Korea would not carry out a nuclear or long-range missile test while Pyongyang demands US concessions by year-end.Pompeo said that the United States was working to ‘try to develop places where we can communicate’ with North Korea but stopped short of saying whether Washington would offer new proposals. 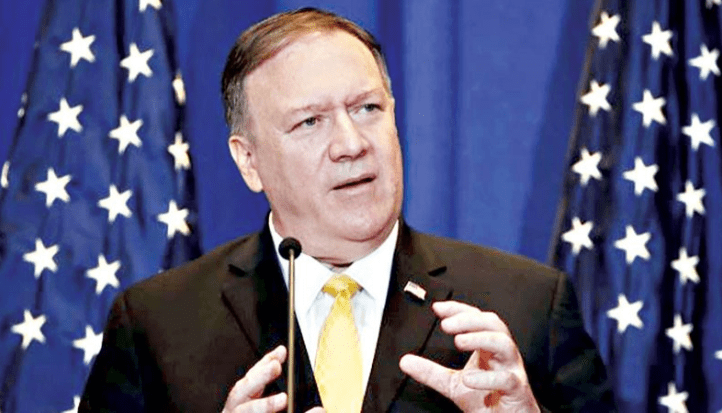 He said that President Donald Trump has been ‘unambiguous about our expectation’ after three meetings with North Korean leader Kim Jong Un.

‘Chairman Kim personally made the commitment to denuclearize, so there wouldn’t be long-range missile tests, nuclear tests,’ Pompeo said.

‘All of those are commitments that we are very hopeful that the North Koreans will continue to abide by,’ he told a joint news conference with Russian Foreign Minister Sergei Lavrov.

Trump has hailed his relationship with Kim after his breakthrough meetings, but North Korea is impatient to see benefits such as sanctions relief from its freeze on tests.North Korea has warned of an unspecified major action if the United States does not come forward by the end of the year.Amid growing concern over short-range North Korean rockets, the United States called a meeting for Wednesday at the UN Security Council.

Lavrov, whose country has longstanding ties with North Korea, asked for a return to dialogue between Washington and Pyongyang and a lifting of sanctions.

‘We are prepared to actively aid on this track in order to overcome the current situation,’ Lavrov said.

‘We call upon the North Korean leadership to show restraint, of course,’ he said.

zooinfotech is also owned by Travel Zoo Bangladesh Limited. Zooinfotech is an Information Technology Firm and Foundation, Which provides information and developing Tourism Technology in Bangladesh. We are working with I.T. support and services for your business development.

FacebookTwitterPinterestlinkedinTelegram
NewerTop 10 Bangla Newspaper list in Bangladesh
Back to list
Oldersix people, including suspects, killed in US shootout