It may surprise many people to know that the supermodel, Ava Aashna Chopra, is currently gracing the cover of L’Officel’s Latvian edition in Eastern Europe. Not just once, but for two consecutive months, she has been making hearts flutter on the cover.

Ava is the first Southeast Asian model globally who has booked such a coveted spot. She has been proving that the world is currently evolving and adapting to the greater need for diversity and representation in fashion, and this Singaporean beauty is making heads turn all over.

Ava Aashna Chopra’s career trajectory has been interesting. She has gone from walking runway for shows in places like the Middle East and Asia to booking the first couples edition cover of Cosmopolitan Malaysia with Indonesian superstar Miller Khan to now cracking the European market. She has modeled for the likes of Dolce and Gabbana, Fendi, Louis Vuitton, Calvin Klein, Christian Louboutin and Max Mara amongst several other luxury brands.

The Singaporean beauty gives hope to young girls worldwide that their dreams to break ground in the field of fashion on the world stage should not be dismissed. Even if people hail from parts of the world that many may not know of, she is making them break their shackles and come to the forefront. At first, it seems like the right platform for a modeling career, however, following her footsteps, these people who adore her are making a path for their successful careers ahead.

Graduating from NYU in drama and marketing , the supermodel has been creating ripples in the fashion world with her exotic look and storied social life. First coming on the scene with Reza Khan, nephew of legendary actor Feroz Khan on green carpets during the IIFA awards, then being spotted at Soho House with the young Hollywood set and courtside with her friends for NBA games, this girl’s social calendar is hard to keep up with. She has also made her foray in producing films like Acceptance and Supreme Gentleman with her longtime friend and director Ryan Matthew Chan. It is believed that Chopra may be getting involved with co-productions between Hollywood and Asia through Iskandar Malaysia Studios.

We know that she co-founded the Act For Hope Initiative in 2015. The youngster hosted a gala called Camera, Catwalk and Canvas that brought together some of the biggest names in the Indian fashion and arts industry, in support of the Concern India Foundation. The charitable trust helps young women and girls who are victims of abuse. Currently, she is an advocate for WildAid and has been doing her part in persuading consumers not to buy illegal or unsustainable wildlife products. Most recently, she did an anti-shark fin soup campaign after noticing how high the consumption for it was in the Asian region she hails from.

Chopra is known for her sense of style and loves to embody the characters she loves when it comes to getting dressed. Speaking about her passion she said on Singapore Tatler, “Movies are such a big inspiration for me fashion-wise. I’ll watch a film and my style will take after the character that I’m obsessed with! If I watched Breakfast at Tiffany’s, all I’d wear for the next few days are black dresses and ballet flats.”

The fashionista has been seen most often sporting the latest trends from Off-White, Christian Louboutin and Dolce & Gabbana and loves to experiment too with her clothes. She serves as a reminder for young model hopefuls everywhere that their dreams are within their reach if they dare to try. 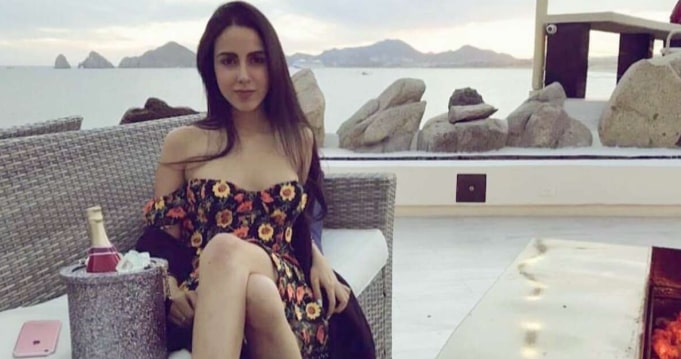