At the trailer launch event of Chhapaak, Deepika Padukone broke down as the audience watched her character Malti, based on acid attack survivor Laxmi Agarwal, come alive on the screen for the first time.

The much-awaited trailer of Meghna Gulzar’s Chhapaak released on Tuesday. At the trailer launch event, Deepika Padukone broke down as the audience watched her character Malti, based on acid attack survivor Laxmi Agarwal, come alive on the screen for the first time.

The 33-year-old actor thanked Meghna Gulzar for giving her the opportunity to be a part of a film like Chhapaak and shared how the film is not only about an incident but also “about the triumph over it.”

She said, “You don’t come across a story too often that affects you so much. This is not about an incident. It is about the triumph over it. I have had the fortune of meeting Laxmi. We have been sincere and responsible while telling this story. We wanted to be honest and tell this story with full authenticity. I remember Meghna reading the script. I said yes only in the first two pages. We had full narration much later, but I was sure about doing it, even more because Meghna was telling the story. I hope all of you see what we have seen in it. The film will have an impact on all of us.”

Confident about Chhapaak’s script, Deepika Padukone added, “This story will evoke some emotions. That is success for me. It will have longevity.”

In the trailer, Padukone bears a stark resemblance to acid attack survivor Laxmi Agarwal. Her look in the film has been applauded by all. Remembering the day when she did her first look test for Chhapaak, the actor shared, “I remember I was at Fox office. We were doing the look test. It took four-five hours. And when I saw myself as Malti in the mirror for the first time, I told Meghana that I feel like me. That’s when I knew what I wanted to do while playing Malti. When Laxmi saw me as Malti, she felt she was seeing herself. And I think that is beautiful.”

Happy about Laxmi’s reaction to her look in the movie, Deepika Padukone said, “This is the first time I am playing a real-life character, someone who is so tangible. It is a great feeling when you are playing a person from real life, and they feel you look like them.” She also shared how spirited Laxmi is in life and how she can chat with her for hours. “It is Laxmi’s spirit. It is about how easy she is with everything. Her joy, her attitude, I have never met somebody like her. 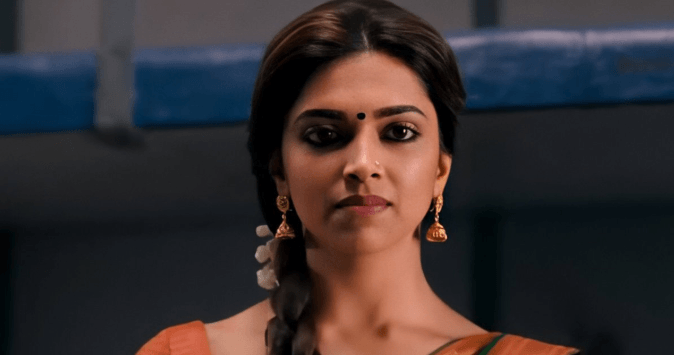