LOS ANGELES, – “The Rise of Skywalker” was meant to provide a satisfying conclusion to nine “Star Wars” films but for many critics, its aim was as wide of the mark as a stormtrooper in a blaster battle.

Director J.J. Abrams’s return to the space saga has been slammed as unoriginal and slavishly pandering to the franchise’s rabid core fanbase.It has a score of 59 percent from around 200 critics on movies website Rotten Tomatoes — the worst of any live-action “Star Wars” episode since the panned prequel “The Phantom Menace” two decades ago.

The Los Angeles Times called it “an epic failure of nerve” with a “succession of cheap ‘gotcha!’ twists.”

“In its anxiety not to offend, it comes off more like fan fiction than the creation of actual professional filmmakers,” said Time magazine.

For The Hollywood Reporter, the movie’s “more-is-more approach ultimately leaves one both bloated from too many courses and uncertain about some of the ingredients.”Many reviewers have compared it unfavorably to the previous installment, “The Last Jedi” (2017), now widely seen as a more experimental “Star Wars” film which critics enjoyed but which enraged a vocal minority of hardcore fans.

A few reviewers, honoring the balance that is a central tenet of the Jedi Order, pushed back with their own glowing appreciations, however.Variety called it the “most elegant, emotionally rounded, and gratifying ‘Star Wars’ adventure” since 1980’s “The Empire Strikes Back,” while the Daily Telegraph in London said the film “gives our heroes the swashbuckling, heart-rending ending they deserve.”

A three-star write-up in British newspaper The Guardian noted that the “vast, hulking Star Destroyer of a franchise has become too cumbersome to pull off any genuinely nimble maneuvers, but at the same time, it never falls out of the sky.”

Indiewire declared it “spectacular and uninspired at once.”The much-hyped film has been tipped by analysts to take $200-$225 million at domestic box offices this weekend, which would place it among the biggest openings in movie history.

“A massive opening weekend is in the cards irrespective of reviews or audience sentiment,” said Comscore senior media analyst Paul Dergarabedian.Positive reviews are a “bonus” but the “true test” will come when the first fans get to see the film and form their own opinions, he said.“The long term prospects will depend on solid word of mouth propelling the film to greater and greater heights worldwide week after week,” he added. 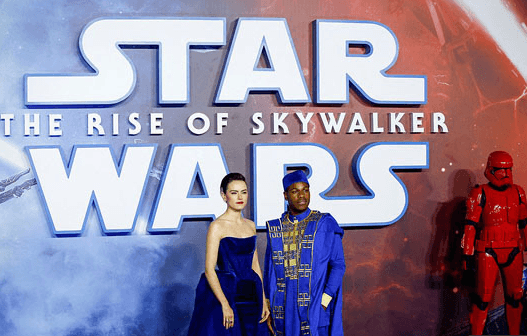