‘Pioneer woman’ sticks to her groove with new cookbook

“I have found that I have to be authentic to me, otherwise it won’t work. My interest will fizzle. I stay most passionate when it’s something that’s really going on in my life,” she told The Associated Press.

For instance, Drummond tried the Keto diet this year, but didn’t stick with it. Still, she does offer Keto-like recipes in her latest cookbook, “Pioneer Woman Cooks: The New Frontier,” to reflect public interest in the diet.

“It was a little too hardcore for me to sustain, but that’s what was behind the handful of lower-carb recipes in the cookbook. Just on those days or weeks when you want to kind of make slightly smarter choices, those are the recipes that reflect that,” she said.

“But I call them lower carb because I’m not making any Keto gods happy.”

Drummond’s cooking is all about making your stomach happy. She’s generally known for hearty fare, along with rich desserts. Surprisingly, though, bread is not her strong suit.

“I can kind of muddle through … But I just don’t have the artistry to make a really great loaf of bread. So that’s going to be my lifetime goal,” she said.

“It’s the style that I used when I first started food blogging back in 2007. I just decided to take pictures of the steps as I cooked,” Drummond said. “I had no idea if anybody would be interested, but I posted them and the people who read it at the time said, ‘Hey, do another one.’ And so that became my style.”

Her brand continues to grow each year. She started as a stay-at-home married mom to four children on her ranch in Pawhusaka, Oklahoma, blogging about motherhood and simple recipes. Now she has a hit show, a collection of cookbooks and children’s books, and a houseware line at Walmart. She was even featured on the cover of People magazine.

“I blogged on a whim, but I blogged about things that made me tick. Like, my kids. I wrote funny stories about raising them in the country,” she said. “It’s kind of crazy what has happened since then. But it’s helped me enjoy the ride because, you know, just make all the plans you want and then pop popcorn and sit back and watch. You never know what will happen.” 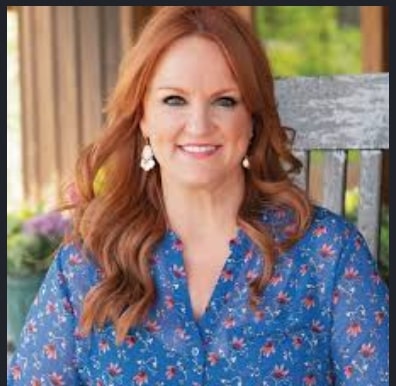